Philadelphia welcomed 1,923 attendees to WordCamp US this weekend with an additional 2,028 enthusiasts watching via live stream. Matt Mullenweg delivered his 11th annual State of the Word address to a rapt audience ready to celebrate WordPress’ progress over the past year and hear the project leader’s vision for 2017.

He began by thanking sponsors and volunteers who made the event possible by covering the bulk of the $516 actual cost per person. Mullenweg said sponsors cover roughly 85-95% of the cost of WordCamps worldwide. In 2016, the events sold a total 36,000 tickets, with costs subsidized by more than 1,000 sponsors.

Mullenweg said meetups are the leading indicator for WordCamps and these events have had the fastest growth the community has seen in five or six years. More than 62,566 people attended a local meetup in 58 countries and roughly one third of those were new members. 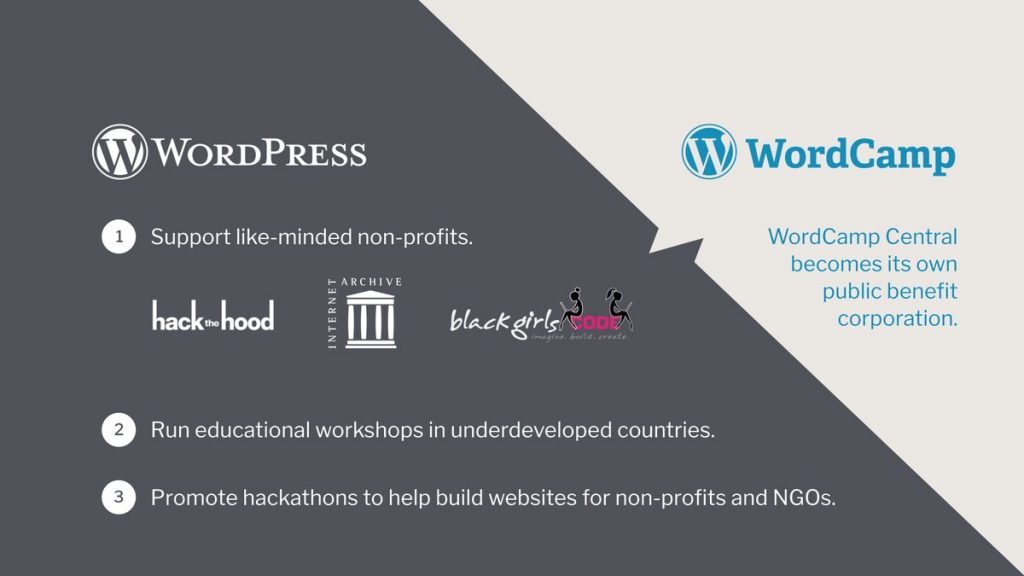 In order to better accommodate the extraordinary growth of the global community, the WordPress Foundation will be restructuring its management of WordCamps. In 2016 the Foundation took in an estimated $4.3 million, up from $2.8 million in 2015, with 99.9% of those funds related to WordCamps. Mullenweg announced that the 501c nonprofit will move WordCamps to its own company, WordPress Community Support, forming a PBC (Public Benefit Corporation) that is fully owned by the Foundation.

He explained that if certain things happened at WordCamps it could endanger the overall Foundation, so WordCamps will now be managed under their own entity where the events will have a little more flexibility in how they do things. The Foundation plans to support some like-minded nonprofits that are aligned with the overall education mission of the organization, including Hack the Hood, Internet Archive, and Black Girls Code. In 2017 the Foundation will also begin promoting hackathons to help nonprofits and NGO’s.